More than 2,500 sea turtles have been rescued from the Texas coast after abnormally cold temperatures left them at risk of becoming hypothermic.

President Joe Biden approved a state of emergency in Texas after the state experienced some of its coldest temperatures in more than 30 years, with areas hitting as low as -18°C (0°F) on Sunday, February 14.

The rare frigid conditions have had strong impacts to Texas residents, many of who are not equipped to deal with the ice and snow. Sea turtles on South Padre Island are among those struggling in the conditions, becoming stunned from the cold in the normally balmy waters.

Sea turtles are unable to regulate their internal body temperatures because they are cold-blooded, meaning they struggle to cope when temperatures drop below 10°C. The cold weather causes them to become hypothermic, preventing them from swimming and causing them to float to the surface.

As a result, the stunned turtles are made more vulnerable to accidents involving predators or vessels on the water. Volunteers in Texas typically expect to rescue a few turtles in cold snaps, but this year’s wild weather has prompted the rescue of more than 2,500.

Some of the rescued reptiles have been relocated to a conservation facility, while others are being temporarily housed at the South Padre Island Convention Center, WFLA reports, via The Hill.

Wendy Knight, the executive director of the nonprofit turtle rescue Sea Turtle, Inc., which works hand-in-hand with Texas Fish and Wildlife, noted in an Instagram video that Texas is ‘undergoing one of the largest cold stun events the island has seen in more than a decade.’

She explained that hundreds of turtles had been taken to the facility before it lost power, meaning it was unable to provide heat for the creatures.

We ask the public to shop our amazon wishlist and to donate to our cause. Three resident sea turtles have already been removed from the tanks tonight and are inside the education center.

We will be needing to move the other two residents soon if the power is not restored. Staff, volunteers and community are working tirelessly to provide critical care for these magnificent creatures.

On Twitter, one social media user shared a snap of sea turtles packed into a car after her mum, who volunteered for a rescue centre, helped to save them. Most Beautiful Fishes From Around The World Loving Family Cat Always There For His Little Human Sister German Shepherd Puppy Reacts to how the Bunny Washing His Face Top 10 Biggest And Largest Eagles Of The World Saving a french bulldog and her 7 baby puppies – God has blessed this family! 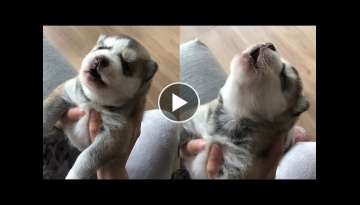 Top 10 Cute Animals In The World German Shepherd Puppy and Kitten annoy the Golden Retriever with their Play! How many teeth do dogs have when they are born?