‘Frightening’ Global Decline In Insect Populations Is ‘Tearing A

Insect populations globally are falling by the thousands due to the destruction of wild habitats, urbanisation, pesticides and light pollution.

The ‘frightening’ decline in numbers is being described as a ‘death by a thousand cuts’, which is ‘tearing apart the tapestry of life’, scientists said in a series of new studies.

While most of the data collected in the study was taken from Europe and North America, the group said most bioligists agree that the entire world has entered its sixth mass extinction event.

One paper, published in the journal Proceedings of the National Academy of Sciences, said:

Nature is under siege. In the last 10,000 years the human population has grown from 1 million to 7.8 billion. Much of Earth’s arable lands are already in agriculture, millions of acres of tropical forest are cleared each year, atmospheric CO2 levels are at their highest concentrations in more than 3 million years, and climates are erratically and steadily changing from pole to pole, triggering unprecedented droughts, fires, and floods across continents.

The researchers said that although conservation efforts have historically focused on protecting ‘rare, charismatic, and endangered species’, the ‘insect apocalypse’, as they put it, presents a different challenge.

The problem cannot be categorised under one general trend. While the scientists found ‘sweeping declines of formerly abundant insects’, some insect populations are also increasing, due to global warming curbing cold winter temperatures.

Despite some increases, scientists urged government bodies to take action, writing that ‘severe insect declines can potentially have global ecological and economic consequences’.

David Wagner, a professor at the University of Connecticut who is the lead author of the analysis, told The Guardian that many insect populations are falling by 1-2% a year.

This means ‘you’re losing 10-20% of your animals over a single decade and that is just absolutely frightening. You’re tearing apart the tapestry of life,’ he said.

The increased use of pesticidies, urbanisation and light pollution are all causes for the decline.

‘But there’s one really big unknown and that’s climate change – that’s the one that really scares me the most,’ he said, adding that the climate crisis could be ‘driving extinctions at a rate that we haven’t seen before’.

‘Insects are really susceptible to drought because they’re all surface area and no volume. Things like dragonflies and damselflies can desiccate to death in an hour with really low humidity,’ he continued.

Scientists concluded that mitigating the effects of a sixth mass extinction will take a number of necessary steps.

These include ‘a stable (and almost certainly lower) human population, sustainable levels of consumption, and social justice that empowers the less wealthy people and nations of the world, where the vast majority of us live,’ they wrote. This Bird Is Called The Black-Throated Bushtit And Yes, You Read That Right (22 Pics) 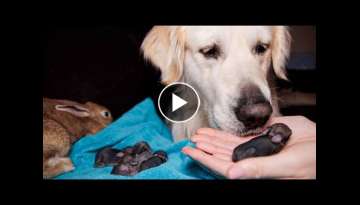 20+ Cute Pics Of Baby Donkeys That Will Melt Your Heart Kitten does not want to bath and meows loudly 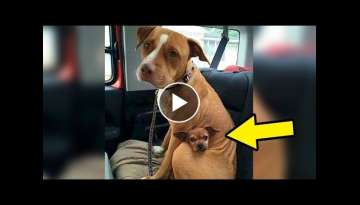 Man Comes To Adopt Pit Bull At Shelter, But She Refused To Let Go Of Her Best Friend 15 Most Unique Exotic Reptiles In The World